After deploying on github, jekyll fails to load the image folder and it doesn’t even show up in the resource. There should be an img folder in assets but it’s not there 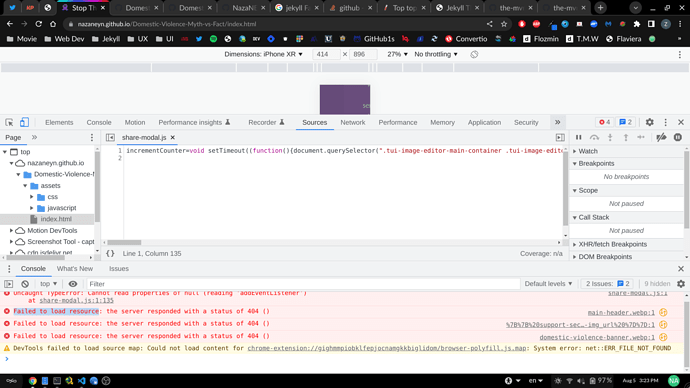 And here’s the repo : Repo to my project

The url() functions in the SCSS styles attempt to use {{ site.baseurl }} for image URLs, but the SCSS output is not evaluated by Liquid, so the URLs are broken. An easy fix would be to use relative URLs, which would avoid the whole base-URL issue.

Could use a relative URL (note: CSS URLs are relative to the stylesheet):

I don’t think I would have been able to fix it if it weren’t for you. So, thank you