Ruby complete newbie here. I wanted to try out Jekyll from recommendation here 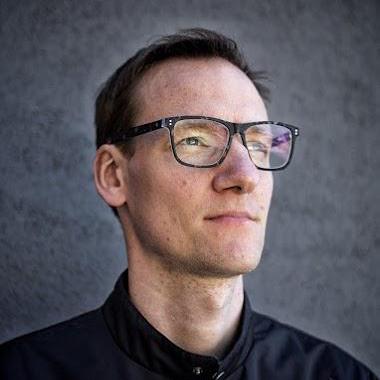 Based on above guide i followed steps:

However when I do gem install bundler, I get:
ERROR: While executing gem … (Gem::FilePermissionError)
You don’t have write permissions for the /Library/Ruby/Gems/2.0.0 directory.

I’ve googled but finding various solutions and don’t know which is the right one.

I’ve previously installed fastlane via sudo as per their recommendation, but now reading that using sudo isn’t good. I’m not sure if i can clean out installed gems without breaking something in macOS, but I like the idea of it all being self contained within rbenv.

Any recommendations to get around the permissions issue and properly install bundler for use with rbenv?

You need to run the rbenv init just onece.

2.4.1 is the latest version of Ruby by the time I’m writing this.

Then you need to make 2.4.1 your global version

You can find more details in the repo.

Thanks for your reply. These are the steps I followed. Then I do:

ERROR: While executing gem … (Gem::FilePermissionError)
You don’t have write permissions for the /Library/Ruby/Gems/2.0.0 directory.

this link suggesting it is a path issue

thing is when i do echo $PATH I get:

There is no .rbenv in there at all.

If I run rbenv version output is:
system (set by /Users/me/.rbenv/version)

Are you using BASH, ZSH, Fish, something else ?

in a nutshell you’ll be doing something like, assuming you’re using BASH:

If you are having issues, getting frustrated, and you start installing and uninstalling the rbenv, it will be hard for the community to help. I’m saying this because some times, after you run the command $ rbenv global 2.4.1, you won’t see the version taking effect until you restart the terminal or source your either bashrc, zshrc, or other shell you are using. I recommend to uninstall rbenv and follow the steps again. After you finish just restart your terminal and run rbenv version command… You should have 2.4.1. Hope this helps.

I have rbenv working now, the issue was missunderstanding the install instructions.

Issue getting rbenv to work on MacOS

However now I am having a different issue.

When I call bundle install --without heroku

after that do which ruby && which gem && which bundler and check to see what it spits out?
should look like this:

If not then you’re using the system ruby version - which you need to tell rbenv to manage.

When I run those commands I get:

when I run rbenv versions I get:

then, when I call bundle install --without heroku I get:

An error occurred while installing mysql2 (0.3.18), and Bundler cannot continue.
Make sure that gem install mysql2 -v '0.3.18' succeeds before bundling.

Not finding any obvious answers, anyone have any ideas?

So it turns out this issue above was solved doing:
xcode-select --install

I did this before, but upgrading xcode breaks it.

Just noticed the thread and could not walk away from the subject. Are you okay to install just 1 thing on your laptop and get Jekyll up & running?

I’m talking here about using Docker for that matter. Believe it or not, you will save yourself time, tears, hair and confidence going Docker route.

No fuss with funky toolset and stuff, just pure awesomeness…